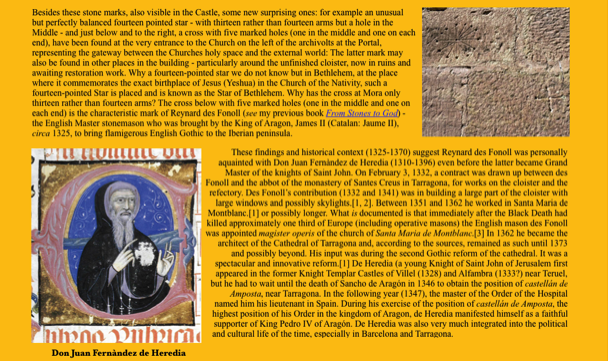 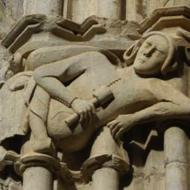 Further evidence for the historical connection between the Templars and the Mora de Rubielos enclave can be found in the nearby Church of St Mary. The Church lies just across the road from the Castle building and the visitor can still find Mary Magdalene and the Dragons there, just as the Knights Templar left them for us. For once, the Inquisition either completely failed to see them, or was unable to remove them, which left them with the option of disguising them as much as possible. The Church, later known as the Colegiata de Santa Maria, was built, or rebuilt, in the early fourteenth century, and is full of the same stone marks which are found in abundance, in the Castle.